The three musicians played a total of 9 instruments and covered a wide range of musical styles.  Collins introduced the audience to new instruments besides the mandolin, fiddle, guitar with the mandola and mandocello.  His fellow musician and string guru Mike Mezzatesta dazzled on the guitar, mandolin, fiddle and mandola.  Tim O’Reilly, joining the group for the first time, played his stand-up double bass as if he had been with the group since the start.  Using sharp wit and sincerity, Collins also provided a running commentary about the instruments and the songs they were performing as well as what has influenced him over the years.

They covered many genres, including bluegrass, folk, jazz, classical and swing as well as playing music from old-time waltzes and mandolin duets originally meant for violins.  Many of the pieces they played were strictly instrumental, including three from their latest album but Andrew sang several tunes, with help from Tim on a couple of others.  Two crowd favourites were by Roger Mill, a singer-songwriter who has had an impact on Andrewwith his moving lyrics.  The crowd showed their appreciation of this very talented trio with 2 different standing ovations. 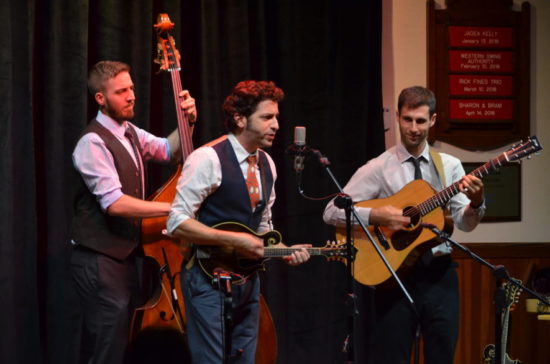 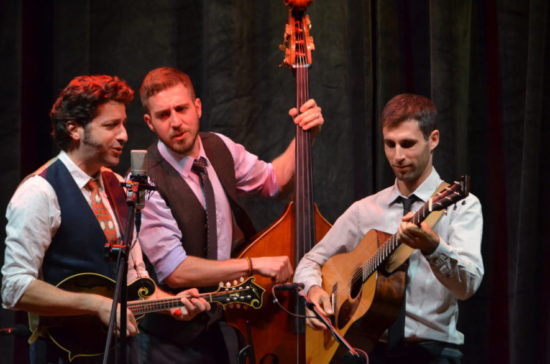