After developing an interest in drawing in her early twenties, Fran began taking courses offered in and around Kent County.  The births of 5 sons and teaching full time put art on hold until she was in a position to resume taking classes which involved mostly representational art and drawing and painting from the model.  When Fran retired in 2000, she furthered her studies by attending the University of Windsor.  She graduated in 2010 with a BFA in Honours Visual Arts.

In 1995, at the Detroit Institute of Art, Fran had a visceral reaction when she saw the works of the Abstract Expressionist prompting her to know that she wanted to do abstract art.  She liked not knowing what will emerge on the canvas, painting intuitively, letting her instincts guide her and then striving to make connections between those initial varied marks so that they come together to form a meaningful whole.

Done at different stages, this series of painting depicts the arduous task of rising out of illusion and delusion until, through sheer tenacity and persistence, one arrives at the joy, peace and serentiy which was in our hearts all along. 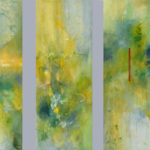 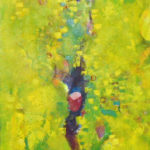 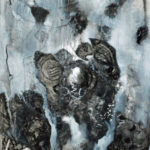 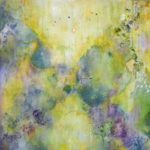 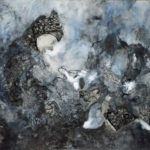