It’s quite amazing when you know that the group playing on stage is having as great a time playing as the audience is listening and clapping.   Saturday, Nov. 17’s sold out crowd totally enjoyed every minute of Glass Tiger’s marvellous performance.  Lead singer Alan Frew carried on a good-natured running commentary about the songs they were singing, many off their new CD “31”, which is a collection of many of Glass Tiger’s greatest hits over the past 31 years.  He also told us about their long-time friendship with another Scottish lad, Johnny Reid, who produced the album.  “31” was put together with the thought that it could be shared with an audience just like the one they were performing for at TMWC.  The evening was about friendship, caring, love and family.  As expected, the audience gave them a long, loud standing ovation that continued as they came back onstage.

They ended the concert by singing “Don’t Forget Me” and the whole place was on their feet singing and clapping along.  Before they finished, Alan Frew said that Glass Tiger has played in thousands of venues, before crowds of up to 100,000, but playing at TMWC was one of the best times they have had because of the warm reception they received.  The audience certainly agreed that it was a mutual feeling.

Thanks to Main and Market and 47 Main for sponsoring this concert! 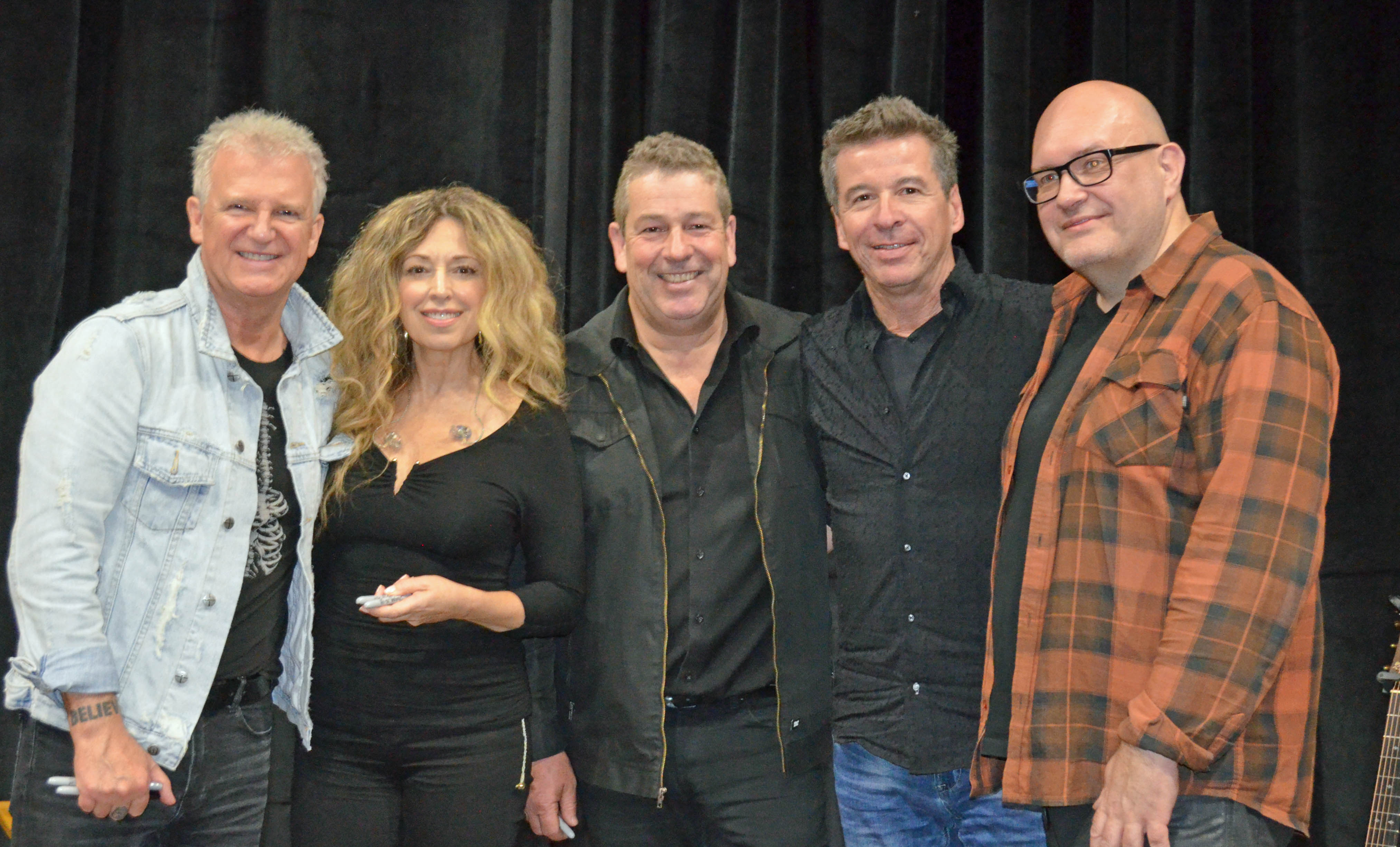 It’s 2018 and Glass Tiger have marked 31 years of making music together.

It all began in the summer of 1984 when a band from Newmarket, Ontario called Tokyo spent two evenings opening for Boy George and Culture Club at Toronto’s Maple Leaf Gardens. Their dynamic, original sound captured the moment of the mid 80’s and they soon became a major force in suburban high schools and the Ontario club circuit. When a record deal was finally signed with Capitol Records, Tokyo officially became Glass Tiger.

With Jim Vallance (Bryan Adams; Aerosmith; Ozzy Osbourne) behind the boards, Glass Tiger was immediately introduced to the recording studio to work on their first album. ‘The Thin Red Line’ set a record for being the fastest selling debut recording in Canadian history, going gold within weeks of its release. As well as a Grammy nod for ‘Best New Artist’ in 1986. To date, this album has received four Platinum records in Canada and went Gold in the United States. One of Glass Tiger’s many hit singles “Don’t Forget Me (When I’m Gone)” yielded a #2 spot on Billboard, followed by “Someday” reaching #5. Both songs made Canadian history with Glass Tiger winning successive Juno’s a year apart for Single of the Year, from the same album.

Glass Tiger has toured with international music legends like Tina Turner in Europe, the ever popular Journey (with Steve Perry) in America and Roxette throughout Europe and Canada. Few bands can tour the world for 31 years, and still enjoy each other’s company. Glass Tiger are still going strong.