The Mary Webb Centre for the Arts closed out its 2108-19 season with the amazing Rosie and the Riveters.  These three wonderful singer/songwriters and good friends flew in from Saskatoon, SK and accompanied by drummer Dave MacDougall from Toronto, put on a highly entertaining show for the full house.  They presented contemporary folk/pop with a feminist twist and sang a wide range of songs, with sharp lyrics that included songs both fast and slow covering love, the prairies, being kids, girls becoming kings plus more serious ones such as sexual assault and political issues.

After the first set, instead of taking a break as is normal, they joined everyone down in the art gallery where they signed autographs, posed for pictures and sold some of their special products.  Also unlike most groups at TMWC, they sell their own brand of lavender soap, lavender and oat soap and lip balm, investing 20% of their merchandise profits into women’s projects and businesses around the world through KIVA.org.

After the intermission, these three very caring young ladies continued to tell stories about their youth in Saskatchewan and how it has influenced their music.  As one would expect, they received a loud standing ovation before ending their performance with one final song.  We certainly hope that they will be back to The Mary Webb Centre and it appeared that they hope to return as well. Special thanks to sponsor Enbridge. 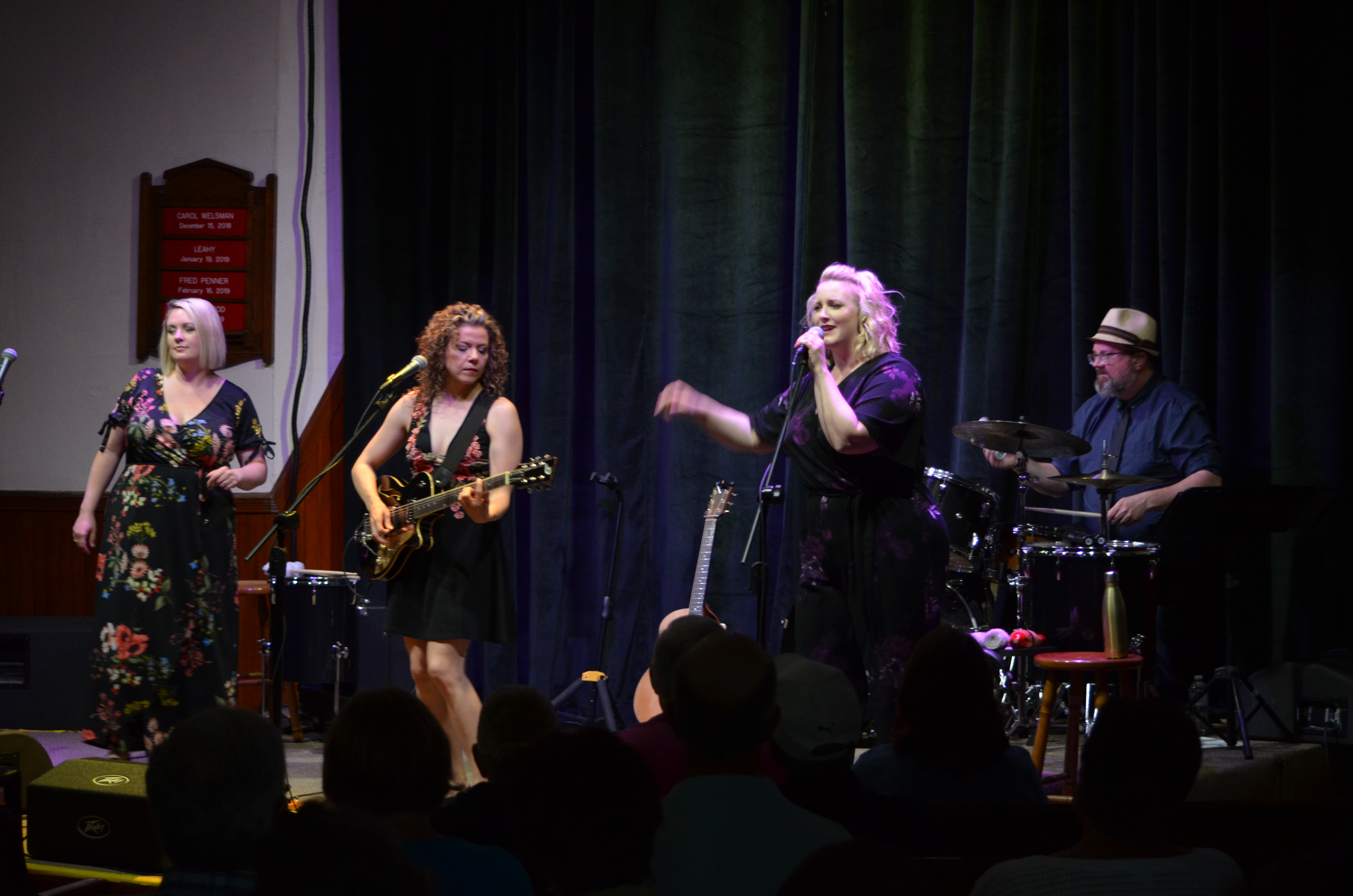 “Rosie & the Riveters put on one of the best live shows you’ll ever see – you’ll go home with a big smile on your face.”  — RICH TERFRY, CBC RADIO 2

Rosie & the Riveters never planned to get political. But opening a newspaper or watching the news these days made it impossible to see the status of women around the world and stay silent. The result is Ms. Behave – a collection of gritty, sultry, vintage-inspired folk anthems that paint a portrait of a woman’s voice in a man’s world.

Their debut record, Good Clean Fun!, has an impressive list of accolades from sell-out shows across Canada to performing for British royalty and multiple nominations along the way. In 2016, they took home a Saskatchewan Arts Award, a prestigious recognition for emerging artists.

Ms. Behave embraces the feminist undertone of their moniker, Rosie the Riveter, in a way they hadn’t previously; one that allows them to shed their please-all attitudes, take a purposeful stance and dare be themselves. Listen closely to hear playfully defiant lyrics and confident talk-back harmonies. Every word, note, and movement in their live show is done purposefully to empower and challenge.