On a very windy and cold Saturday, Mar. 9, 2019, The Mary Webb Centre for the Arts was filled to capacity for the amazingly talented Canadian singer songwriter Royal Wood.

Wood was back for his third appearance at TMWC.  Backed by Steve Zsirai on stand-up bass, Wood once again put on a wonderful concert singing his own songs.  As usual, his piano and guitar playing complimented his smooth vocal style. (It is interesting to note that Steve Z. has performed at TMWC more than any other artist, backing up a variety of performers over the years.)

Wood received a standing ovation and was called back for an encore. Certainly worth venturing out into the cold! 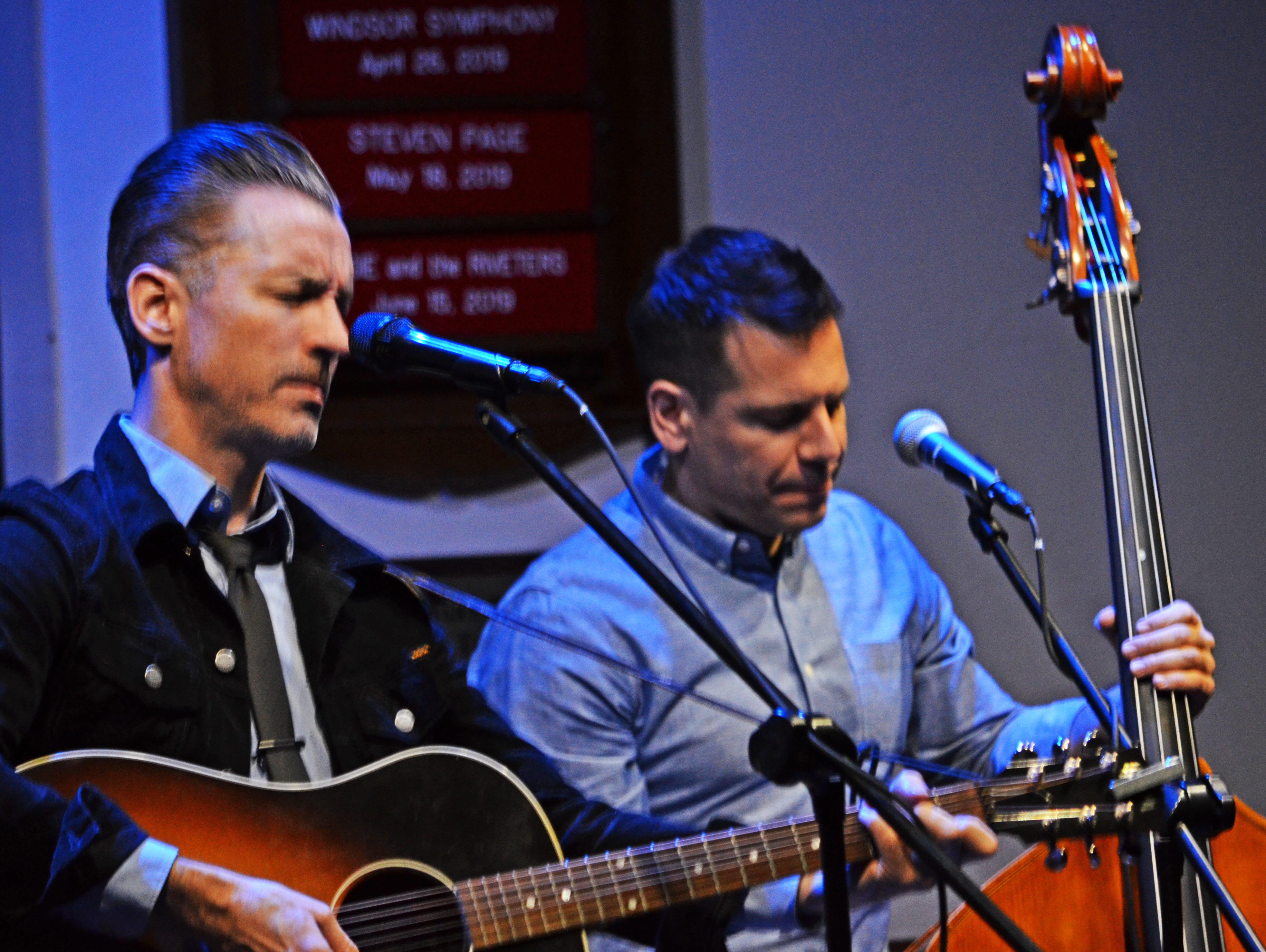 Life has a way of knocking on our door on the days we least expect it. For singer songwriter Royal Wood, life knocked pretty damn hard. For in the same year that he lost his father to illness, he also fell in love and got married.

“I read once that you can’t get wet from the word water. That it isn’t the word that allows for the knowing to take place, but rather the experience itself that removes the veil. Life showed me first hand that I had never felt true grief before, nor did I understand love either until now. It’s been a year of true paradigm shifts.”

To capture the rawest possible sound, most of the songs on the album were recorded the day they were written, with Royal playing the majority of the instruments. As fate would have it, Royal recorded the album on the Beatles EMI console that made Abbey Road possible. “Every day I walked into the studio in London, UK with the ghosts of my musical hero’s sitting beside me.” said Royal. “All of my life I wanted to make music with the Beatles, and now I feel like I have” he joked.

All artists have their influences and sometimes I think we channel them more than others. For me, Lennon and McCartney were definitely with me when I wrote “Hardest Thing Of All””.

When asked about the album title and artwork, Royal said “I called the album “Ever After The Farewell” because I wanted the title to encompass the polar opposite emotions I felt in my life while creating the music. I said farewell to my father, but I started the journey of ever after with my wife. We used the man and woman’s hands on the cover because they represent both my hand taking my wife’s hand in marriage, and my father’s leaving my mother’s”.