On Saturday, Apr. 9, 2022, the comedian Steve Patterson put on a hilarious show at The Mary Webb Centre for the Arts. Steve was “The best comedian ever” at TMWC! Actually he was the first comedian ever at TMWC, so this was an easy but well deserved title!  Steve is the host of the popular CBC program “The Debaters” and is well known among those who follow CBC.  His comedy act was certainly a laugh a minute with hilarious stories from his real life experiences.

Steve told about having spent the past two years stuck in their home with his wife and 2 daughters due to the pandemic.  This concert was the longest he has talked interrupted after those two years.  Having lived at home over all that time and after every once in a while arguing with his wife, he has come up with 2 rules for men and women in general.  Say the opposite of what you were going to say and if you have to, cry a bit, which will hopefully end the argument.

He talked about the difference between how his Dad brought up his 5 boys and how he is bringing up his 2 daughters, who are 7 and 2 years old.  His parents were divorced when Steve was 8 and his Dad was “awarded” him as part of the divorce settlement.  For several years, his Dad made him mock chicken sandwiches, which Steve daily tried to trade at school.  After he became sick from those sandwiches, his Dad changed to making him split pea soup which was even worse that the sandwiches.

Throughout the show, Steve switched from the stand-up mic to a nice chair to read several short excerpts from his two books “The Book of Letters I Didn’t Know Where to Send.” and “Dad Up! Long Time Comedian.  First Time Father.”  Both provided more very funny material and he continued to have to audience in stitches.

Finally, at several different times during the show, he sang three different songs, including a version of O Canada that was not offensive to anyone and on ode to his hair loss.

All in all, a truly wonderful evening that kept the audience entertained for the whole almost 2 hours of comedy. Steve Patterson is a very funny man. 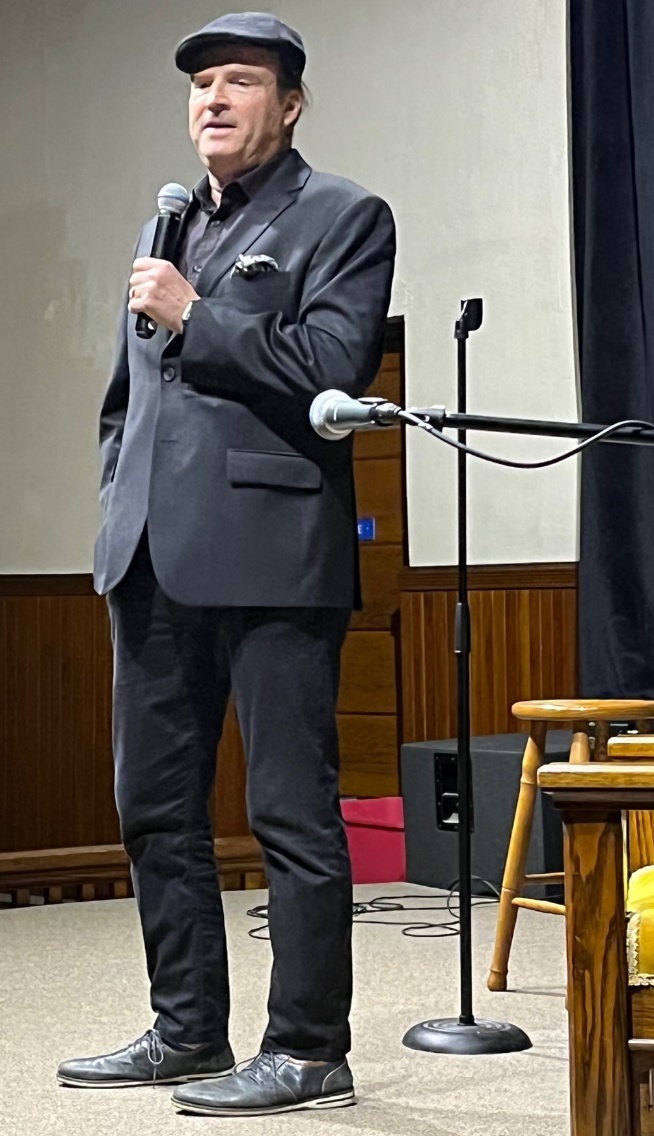