Sold out well in advance of the May 18th show date, 250 ticket holders were treated to an amazing concert from Steven Page and crew.  In fact, the evening started off with opening act, Port Cities, who have accompanied Steven on his concert tour across Canada.  Opening acts are often seen as a form of purgatory before getting to the main attraction but with each song, the applause of the audience grew louder with enthusiasm and appreciation.  These two lads and lass, all very talented and young musicians from Sydney on Cape Breton Island, sang a great selection of their own pop/folk material, much to the crowd’s delight.   Sharing lead and backup vocals through their songs showed the range of talent of this up and coming group.  To close out their 30 minute set, the trio stepped away from their mics and sang a very haunting song accompanied only by acoustic guitar.  The set drew a standing ovation from the savvy Mary Webb Centre audience, the first for Port Cities on the tour.

Steven Page and crew stepped out onto the stage and totally wowed the folks awaiting his concert for the 2 next hours, non-stop!  Carrying on running chatter with the band and with the audience, it was obvious that Steven was happy to be back at The Mary Webb Centre after a 6 year absence.  In a Facebook post, CK Mayor Darrin Canniff, who was a delighted member of the audience, mentioned that when he asked Steven why he chose Highgate as a stop on his cross-Canada tour, he said that he had stopped here before and loved The Mary Webb Centre, so he had to make it a stop on this tour this time too.  We were all glad that he did. Playing some of the songs from his Bare Naked Ladies days plus much more of his own material, with his vocal strength and range it was a truly awesome performance.  The audience responded with a floor stomping standing ovation until Steven returned for 2 more songs.  A memorable evening with people buying up merchandise from both Steven and Port Cities, finally closing the MWC at 11:30 pm! 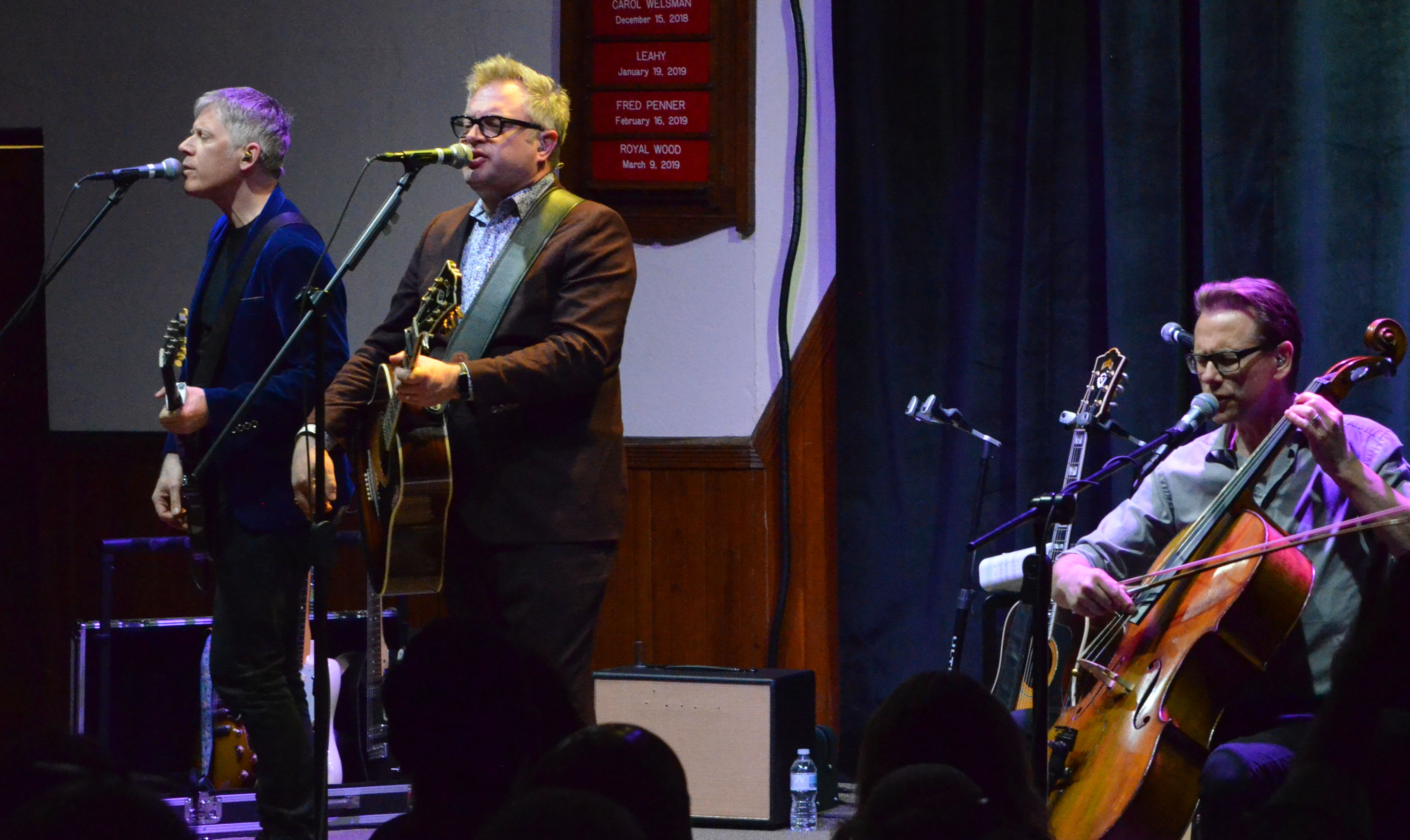 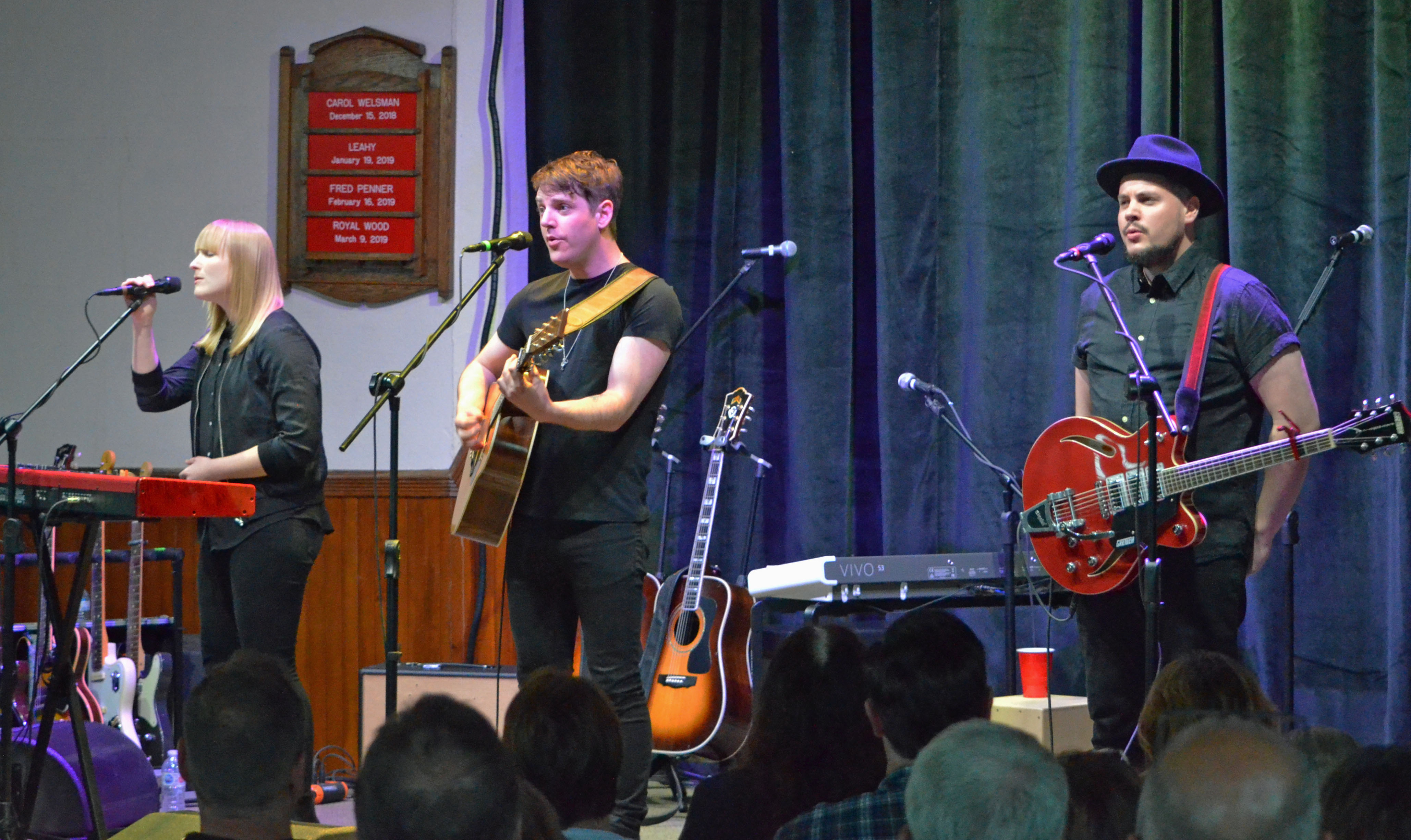 With the release of Heal Thyself, Page has not only made a full-fledged return to the pop world, but has offered a timely statement on how the constant finger-pointing in both mainstream and social media has led us to forget that answers often lie within ourselves. “Sometimes the things we deride contain the very things we need to make us whole,” he says. “In that sense, there’s some irony in calling the album Heal Thyself. I almost called it The Golden Age Of Television.”

The great thing about pop songwriters is that they, almost without fail, get better with age. When young audiences were once expected to grow into more “serious” styles of music as they matured, modern pop has become the mirror we all now hold up to reflect the complexity of life, while at the same time use to keep us grounded in the notion that a three-minute song can still be the most perfect thing the world can offer.

The sheer joy embedded in this simple introduction sets the tone for the entire album, as inventive and infectious arrangements intertwine with thought-provoking lyrics. It’s a combination Page has honed throughout his 25-year career as one of Canada’s most recognized musicians, and with Heal Thyself, the long-awaited follow-up to his 2010 album Page One, Steven Page has firmly established his own identity as a songwriting craftsman in the truest sense.

Such sentiments will surely delight those who have followed Steven Page throughout his career, and even those unfamiliar with him will recognize that Heal Thyself displays a singular, inclusive vision. As the music industry continues to evolve, artists such as Steven Page will remain the ones keeping listeners consistently engaged with albums appealing equally to the heart and the head. As he says, “The best you can do is make the art you are driven to make, and in the end I know this album sounds like me.”