The Sultans of String

On Dec. 2, 2022, the Mary Webb Centre for the Arts ended its fall 2022 concert season when the Sultans of String returned to put on a truly wonderful concert. This band consists of 4 very talented musicians who during the evening each demonstrated their special skills. As well, guest vocalist Rebecca Campbell and Nyckelharpa player Saskia Tomkins added so much to the concert. Together, they performed a wide range of Christmas carols, in many different styles from around the world adding their own unique arrangements. Even though these songs were done a bit differently than perhaps the audience was used to hearing, they still could be seen nodding their heads in tune to the music and singing along.
The nyckelharpa is a Swedish instrument from the 1600s, sounding like a violin but designed very differently. It consists of 4 major strings, only 3 of which change notes, plus a total of 12 other strings, 4 between each of the
main strings. While sitting Saskia played the nyckelharpa, on one knee, using a short version of a violin bow and changed the notes on all of the strings by playing keys below the neck of it. It produces a very different sound that     is still quite similar to that of a violin. Saskia says that there are only 12 musicians who play this instrument in Canada and that her husband, an instrument maker, is making her one of her own.
After a standing ovation, the band came back for one more song, in which they had the audience sing along with the chorus. A wonderful way to end the fall season and get folks ready for Christmas. Thanks to the Fenton
Family for sponsoring the show. 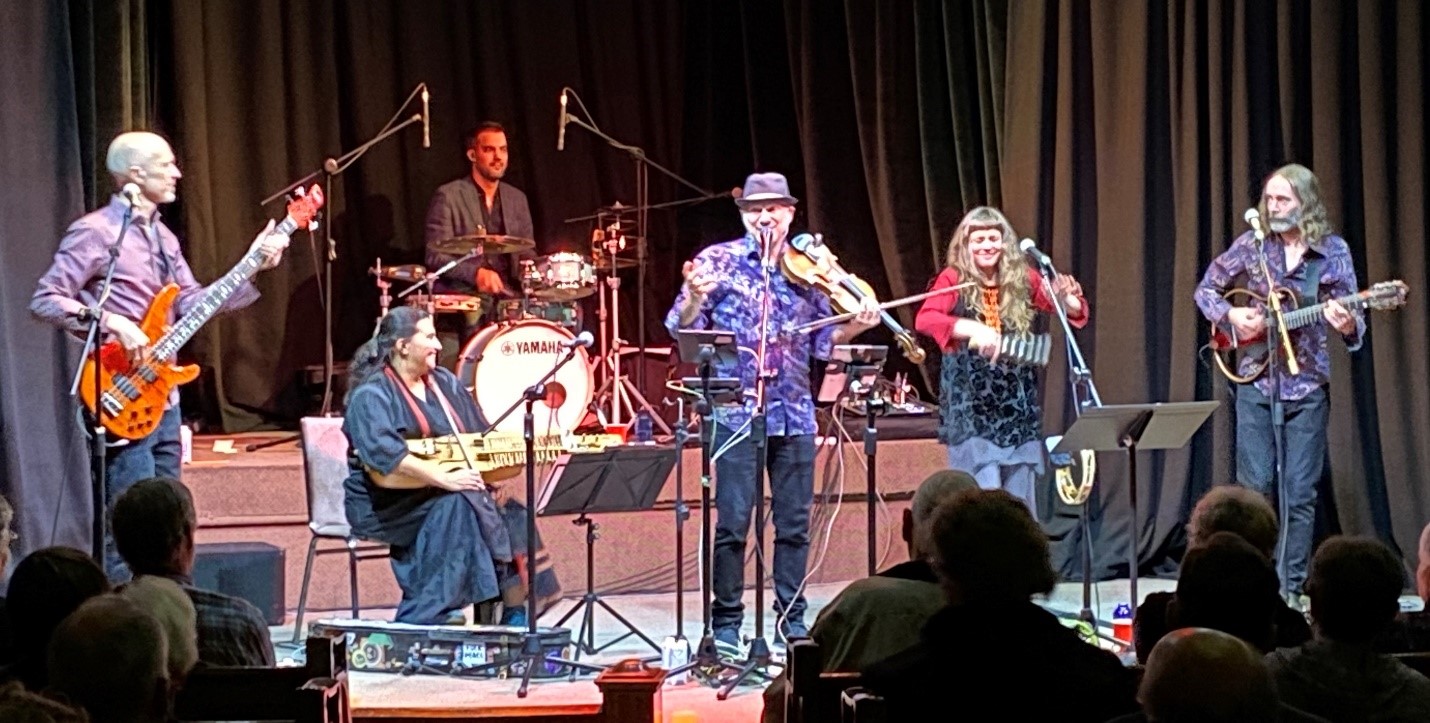