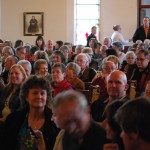 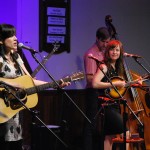 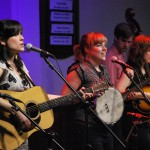 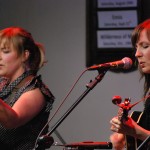 The Good Lovelies are sharp, sassy and funny – and returned for their second gig at The Mary Webb Centre on Friday 26th April at 8.00pm.

The female trio from Northumberland (outside Toronto) are winners of the 2010 Juno Award for Roots Album of the Year, 2009 New Emerging Artist Award from the Canadian Folk Music Awards and “best folk” at the Toronto Independent Music Awards. The Good Lovelies released their fifth album, “Live in Revolution” the end of 2012 with intriguing song titles such as Heebie Jeebies, State Trooper and Duvet Love. Sounds like fun!