In 1898, the Reverend T.T. George designed an innovative round brick church.  Although the original building was destroyed by fire in 1917, Reverend George was called back from retirement to recreate his first building.  Thanks to meticulous notes and drawings – which can still be viewed today at the centre – the current building was dedicated on September 15th, 1918.  Due to declining numbers, the congregation of the Highgate United Church held the final church service in June, 2010.

What is it today?

The Mary Webb Centre, as a not-for-profit volunteer organization, has been quietly transforming the former building into a hub of arts, cultural and community involvement.   The mission statement of the Mary Webb Centre is:

“To engage and inspire performing and visual arts in partnership with the local community and visitors within a historical and architecturally significant heritage venue.”

The all volunteer centre has created a reputation for outstanding programming and for operating in a fiscally responsible manner.

With the help of the funding received from the Department of Canadian Heritage in 2016 and many individual donations from friends, companies, foundations and other funds, the Mary Webb Centre is taking a great step forward.  A 2200 sq. ft. addition is being constructed in order to meet accessibility requirements that will include a lift, barrier-free entrances and new washrooms on each level.

These changes will make The Mary Webb Centre an even more welcoming place for audiences, performers and the community members who use its facilities nearly every day of the week.

The building is a rare architectural treasure, being the only circle in a square building that we know about.  This heritage building, designed in 1897, is designated at as “round church”.

How to build a round church:    A circle within a square, and circles on opposite diagonals and a dome in the middle.  It has a central ceiling dome with no supporting columns. 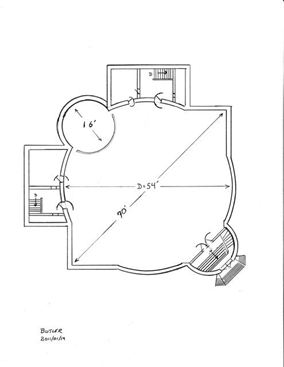 Even the pews are curved; some of the planks are 12 feet long. 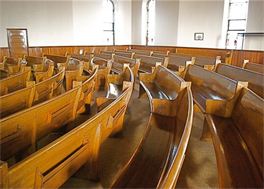 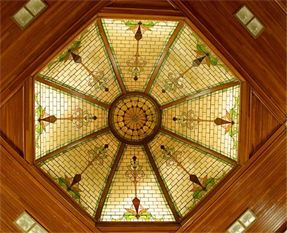