On Friday, April 18th, the 14-piece String Orchestra from the Windsor Symphony performed at The Mary Webb Centre for the Arts.  With conductor Daniel Wiley, the orchestra performed a wide range of compositions, both modern and classic.  The concert began with an energetic and familiar piece apropos for the season, “Spring” by Vivaldi, which the audience enthusiastically applauded, knowing that they were in for a delightful evening.  A special part of the evening saw the orchestra play a composition by Iranian composer Farhad Poupel, who was in fact a special guest quietly sitting in the audience, this actually being his first time to Canada.  Farhad had sent the WSO his music and after hearing it Maestros Robert Franz and David Wiley felt that it was a very special piece and they would like to have the orchestra perform it.

As well, throughout the concert, soloist Madeline Doornaert sang three songs, “Somewhere over the Rainbow”, by Harold Arlen, “Tristeza” by Harold Lobo and “Until it’s Time for You to Go” by Buffy Sainte-Marie. Madeline is 19 years old and her singing instructor came from Detroit just to hear her sing.

At the end of the evening the audience made it clear that the Windsor Symphony must return next year and perform an extended set. The Mary Webb Centre for the Arts is becoming a venue not only for renowned Canadian, but for international musicians!  It is a fantastic venue for classical music, in particular string orchestras.  The vibration of the 14 bows on 14 stringed instruments, from violas and violins to cellos and basses, plus the shape of the hall really made the listener feel that they were surrounded and wrapped in a cocoon of the sound.

After the concert, musicians and audience members mingled in the art gallery over wine, cheese and crackers. Special thanks to Libro for sponsoring this concert. 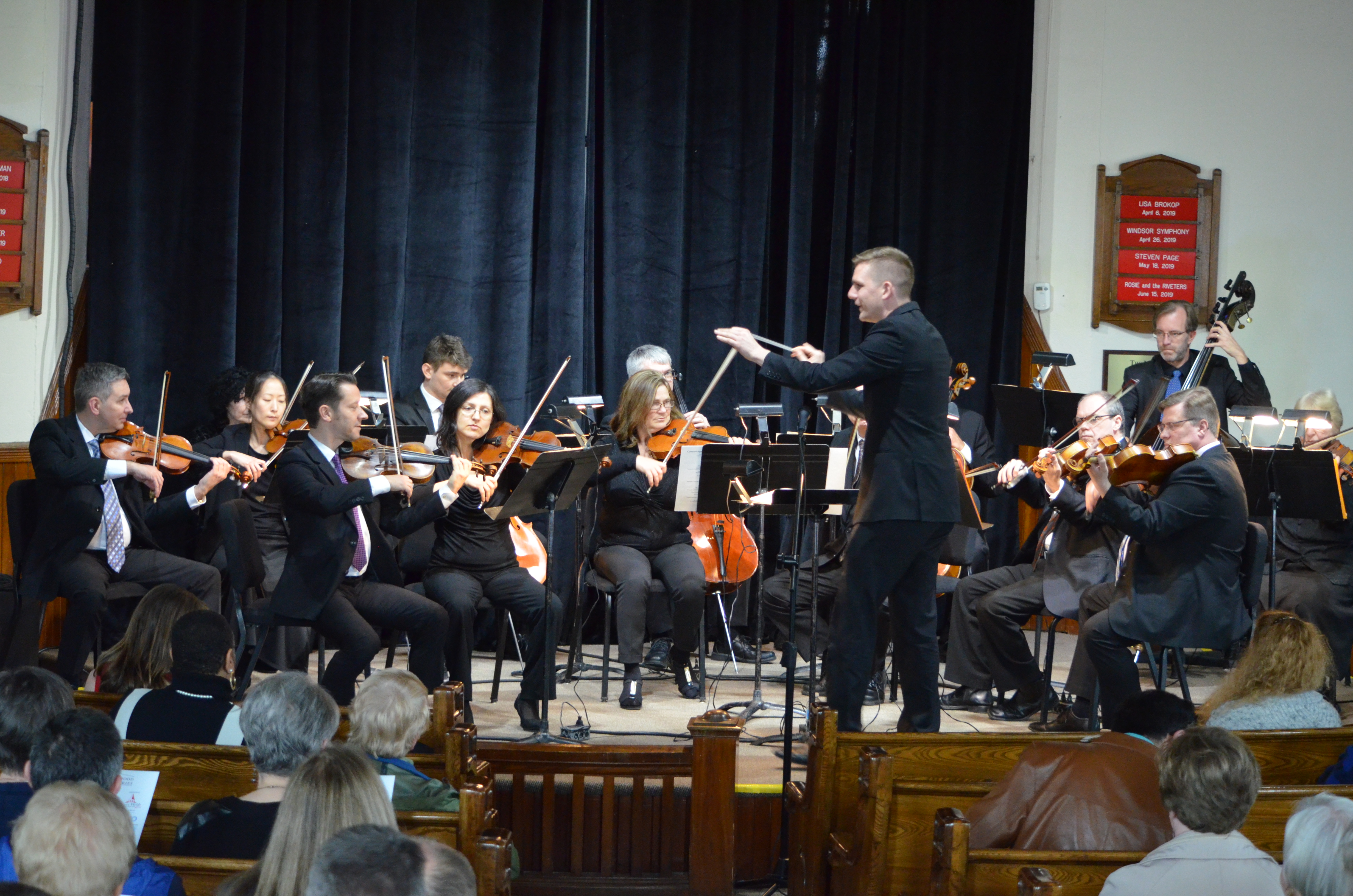 Performing as a 14 piece string orchestra with conductor and soloist a traditional repertoire.

The history of the Windsor Symphony Orchestra has spanned three generations, with its roots in the boom years of the 1940’s to its present incarnation as the nation’s most dynamic regional orchestra.

In February, 2013, the WSO announced the appointment of Maestro Robert Franz as its sixth Music Director. Franz began in September, 2013, leading a season that garnered praise from the media and public alike.

The Windsor Symphony Orchestra now reaches more listeners than in any time in its 70 year history. The WSO’s commitment to excellence and consistent emphasis on education, and community outreach, have galvanized a new generation of music lovers in Windsor and Essex County and will continue to bring inspired music-making and notoriety to our region in the future.