Singer/songwriter Ian Thomas performed for a full house on Saturday, Jan. 18th.  Though billed as a 70s rocker, as Ian told us, he made more of a name for himself in the 80s and 90s.  Some were somewhat skeptical of his talking at the beginning of the show, worried he would chat more than play music.  By the end, many of those same folks had the desire to spend a day with Ian to chat about life, something he seems to do well.

Ian and the two musicians with him were wonderful, filling the concert hall with amazing music through a keyboard, guitar or mandolin, and bass guitar.  Ian spoke between songs, songs that were big hits for him as a solo act and also as a member of The Boomers, who were a hit in Europe.   Songs such as Painted Ladies, Hold On, The Runner (which was used in the documentary about Terry Fox), Right Before Your Eyes, and more recent tunes.

He remembers learning to love an absence of someone after their death, as his father, a Baptist minister turned philosopher, told Ian he’d need to do after the father passed.  Thomas was philosophical, open, and unafraid to make what are usually sensitive or political statements into safe and poetic observations about life; he posited that God has no gender and could be as simple, yet complicated, as a starry sky full of unanswerable questions.  He often told about why he wrote a particular song, such as the one he wrote for his wife, whom he’s been married to for 50 years, when he felt she was going through a rough time.

It was also interesting to hear how many other singers have recorded his songs such as Santana, Bette Midler and Manfred Mann from England.  Anne Murray phoned him out of the blue one day and wanted to include one of his songs, Good Again, on her album.

The evening ended with a standing ovation and an encore.  Very well deserved and overall, a truly enjoyable concert. Thanks to the Egg Farmers of Ontario for sponsoring the concert. 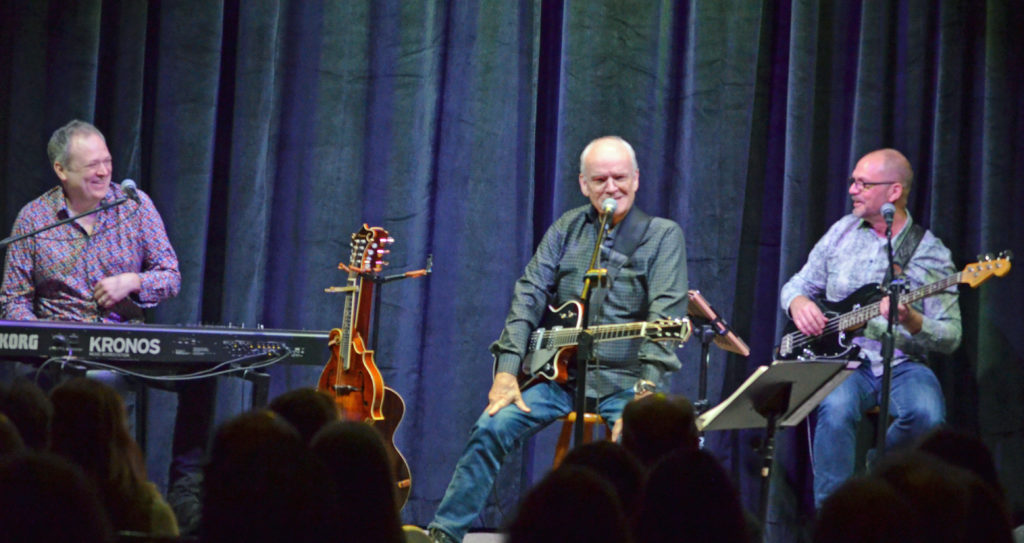