The Mary Webb Centre for the Arts opened its 2019-20 season with East Coast sensation Jimmy Rankin.  The packed house was given a rambling concert covering Jimmy’s solo career as well as the many years he spent as part of The Rankin Family from Cape Breton Island.  Jimmy told stories of his celebrated career, telling the audience of his inspirations for what he writes.  Accompanied by singer/guitarist/mandolin player Jamie Robinson, Jimmy covered a wide range of types of songs and put his whole heart and soul into his performance.

Having spent 8 years in Nashville, he has moved back to Cape Breton Island for a somewhat less stressful life. He calls he screened-in porch his office and it is where he writes many of his songs.  The concert at TMWC is the opening gig of a cross country tour that doesn’t get them back home until the end of October.  Throughout the concert, both Jimmy and Jamie appeared to be having as much fun as the audience did, who of course gave him a rousing ovation for another song.

Thanks to sponsors Mittons Jewellers and Dickson Ford. 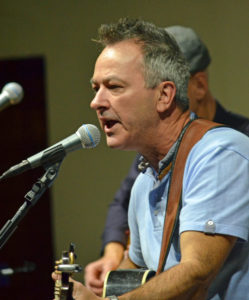 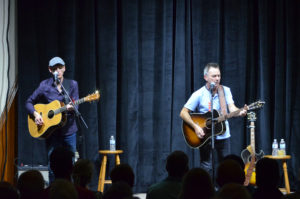