Royal Wood, singer song-writer, returned to The Mary Webb Centre to a full house. Along with his 3 band members, Royal fully engaged the crowd, including his Mom and many family members, with his signature slow and thoughtful melodies and energetic fast-paced numbers.

Royal related the story that influenced each of his songs providing the audience intimate insight into each melody. The band, on electric guitar, bass and drums, provided some wonderful backup to Royal’s singing and his own playing on guitar, ukulele and piano which made the whole concert all the more enjoyable.  His explained the “Ghost Light“ that burned on stage throughout the concert and why he chose this as the title of his new album. At the end of the concert, prior to an encore, Royal mentioned that this was the last performance in their latest road trip and he could not think of a better place for that to happen. Definitely a Canadian icon once again providing an extremely entertaining evening! 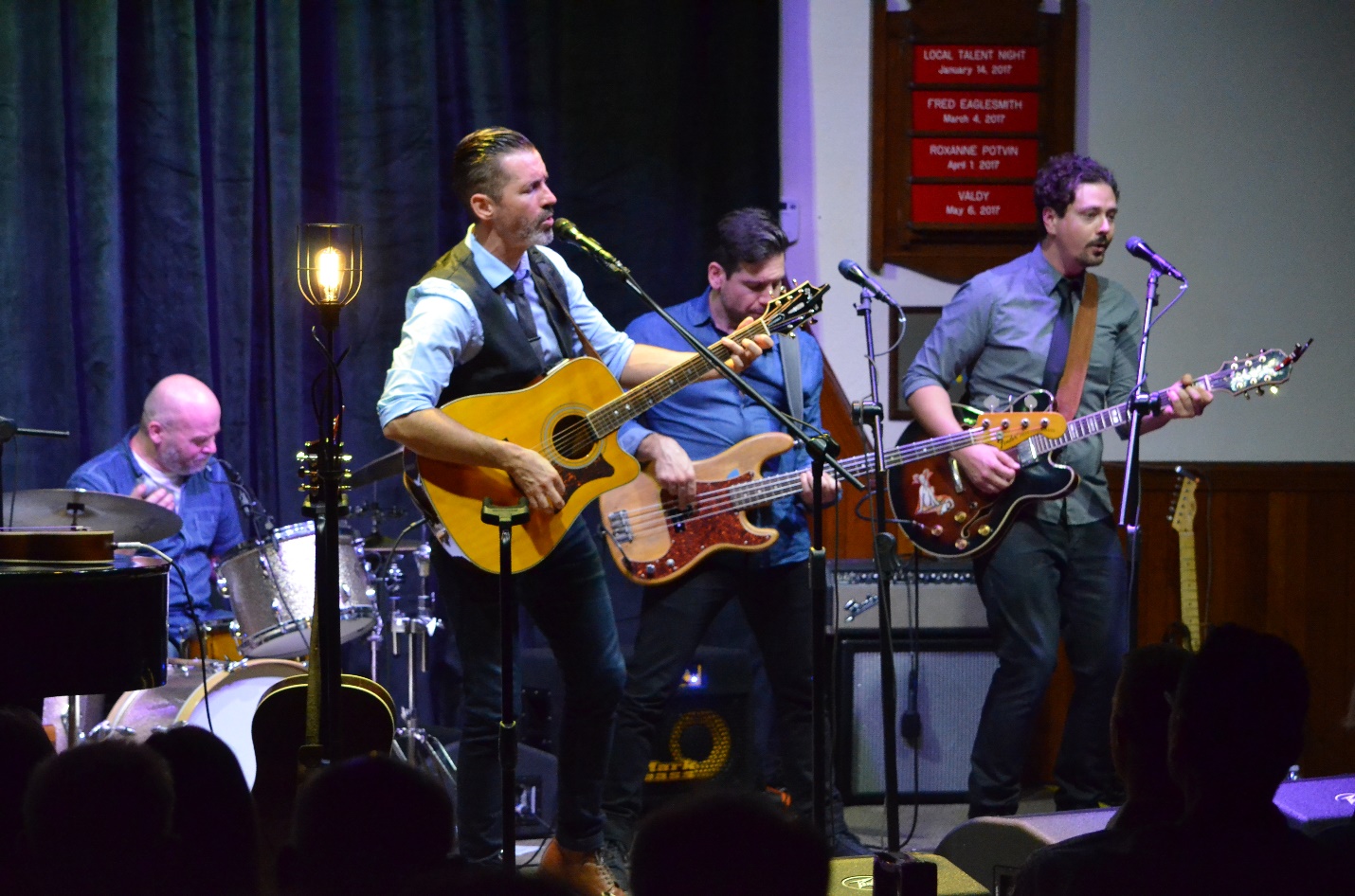