The full house at The Mary Webb Centre on Nov. 11/17 enjoyed a truly amazing concert with Susan Aglukark and her band.  Susan started out wanting to be a pilot but was soon noticed as a singer/songwriter.  Her success includes three Juno Awards.  Any of her songs tell the stories of the north, some she originally heard from her parents and grandparents.

After the intermission, Susan came on stage and held a question and answer with audience members which was wonderful.  Some of the people there had been to the Arctic, so it was fun to watch the interaction Susan had with them.  Susan has been trying to help in the development of the self-governance in the North and hopes that the stories she tells in her songs will be her small part in that process.

With the very talented band of Kenny Cunningham playing bass, Paul Chapman on guitar, Sean Sasynuik on drums and Craig Harley on keyboard, Susan was enthusiastically applauded after every song and given a standing ovation at the end of the concert.  Susan came back onto the stage by herself and told another great story about her extended family. She then sang Amazing Grace in her native Inuktitut language.  It was spell-binding. 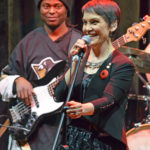 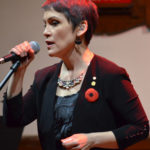 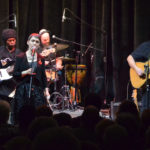