The audience at The Mary Webb Centre for the Arts on Saturday, Nov. 16 was treated to truly wonderful concert by Canadian folk legend Valdy.  From his first song, Valdy had everyone under his spell. His stories about the reasons for his songs and his amazing guitar playing were enchanting.  Several songs were poems written by friends or others for which he composed the music.  One, about a man’s struggles looking after his wife who had Alzheimer’s, was very moving.  Another told about the drama of going back up the highway to Fort McMurray after being forced out by the fire that had destroyed so much of the town.

In 2017, he wrote a song about Canada’s 150th Birthday which he sang on the steps of the BC legislation building, with 100 children, in front of 200 of their family members and an audience of 8000.  A fun song was in honour of another Canadian legend, Stompin’ Tom Connors.  He travelled across the country, taking notes and listening to all the different kinds of music listened to by the Millennials, coming up with a song that included Valdy’s version of Rap.

As would be expected, he received a noisy standing ovation and treated the crowd to a few more songs.  Valdy is 74, but you would certainly not know that from his very energetic performance.  He never stands still! We heard that several folks have seen Valdy as many as 20 times, and one couple had come from Cornwall, ON.  It was also great to have Valdy tell us that acoustics in the The Mary Webb Centre make it the best place in Canada for folk music.  Valdy is just such a nice man. During the intermission and after the show, he mingled with those present, talking and signing CDs that they had purchased.  Thanks to sponsors Shirley Kennedy and Drs. Kathy Ashton and Paul Newman of Ridgetown. 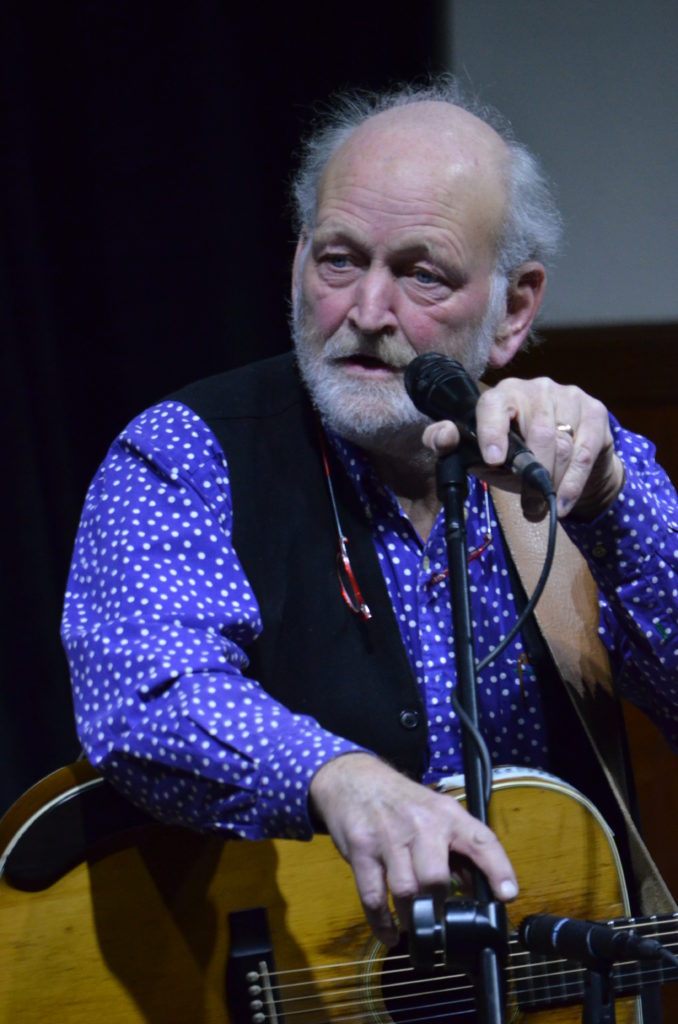