Rant Maggie Rant has had quite a history with The Mary Webb Centre. In May 2010 they were the first group to perform at the venue, which at the time was still a United Church with their performance being a test run for the idea of creating a concern hall, art gallery and community centre. On September 17th the Celtic/world music ensemble returned for the 4th time, packing the stage with more instruments and wowed the audience from their first note. It was evident that the band is performing at a whole new musical level now and as a result have bookings coast to coast, including a gig with the Victoria (BC) Symphony Orchestra.

With a mix of instrumental and vocal numbers, they covered a wide range of Celtic music from the seven Celtic nations around the world. While playing many traditional tunes, the band is writing their own songs now and surprised the Mary Webb Centre audience with the sale of their brand new CD, the very first sales of it to the public. In fact, guitarist Barry Payne called out three names of people to ask if they were in the audience (and they were) since they had pre-ordered the CD over a year before – the band admitted, with a chuckle, they took more time than they expected getting the CD just right.

The band played on and the audience clapped their hands and tapped their feet to many of the songs and showed their appreciation after every number with long and loud applause. A standing ovation at the end of the show elicited a return to the stage by the talented musicians and a couple of more songs to ensure everyone went home with a smile. 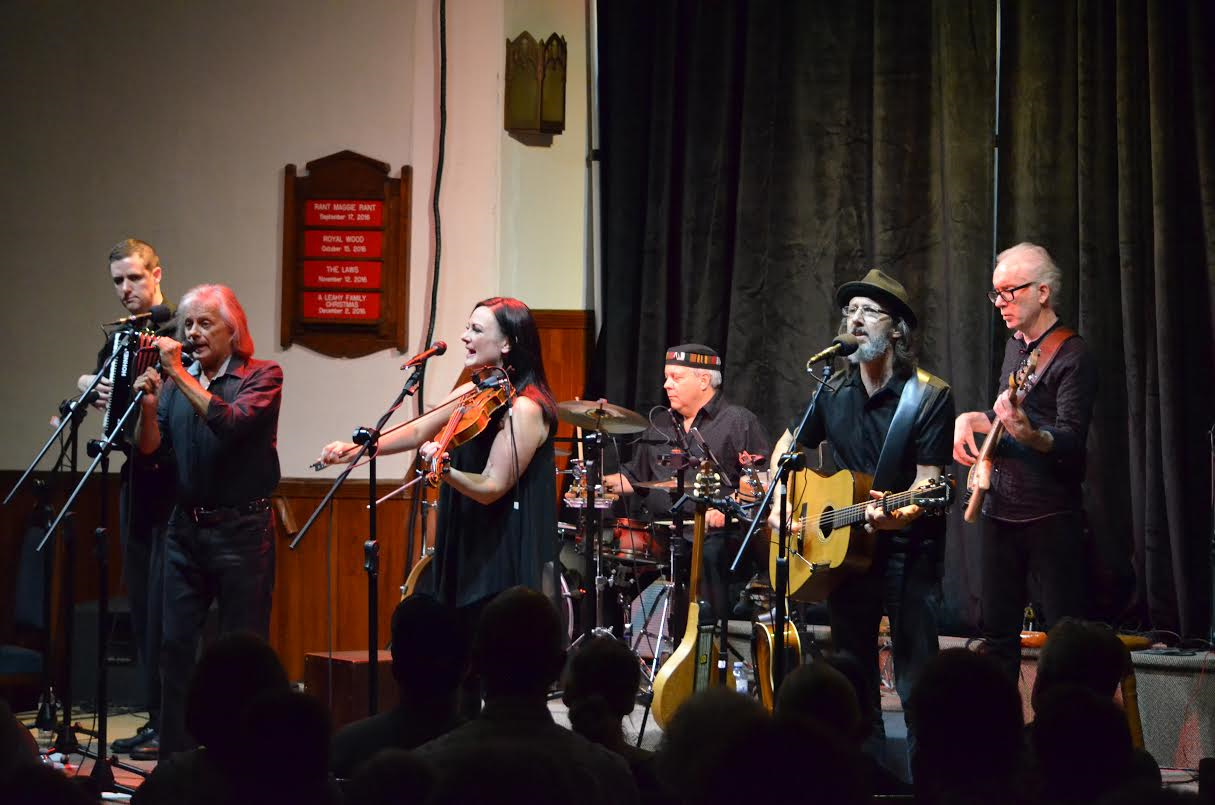