Playing his second last concert in Ontario before heading back to Nashville, Steve Poltz, singer, song-writer, excellent guitarist and story-teller was very entertaining as he told sometimes irreverent, sometimes crazy stories and sang many of his own songs, including one he made up about Highgate while onstage.

One of his lengthy stories was about a wild trip down the Baja peninsula back in the 90s with singer Jewel. The trip resulted in his song that became her hit “You were meant for me”.  He also played several wonderful guitar solos including “Moon River”, the song originally sung by Audrey Hepburn in “Breakfast at Tiffany’s” in the early 60s.  In all, an entertaining, energetic evening which earned Steve two standing ovations. 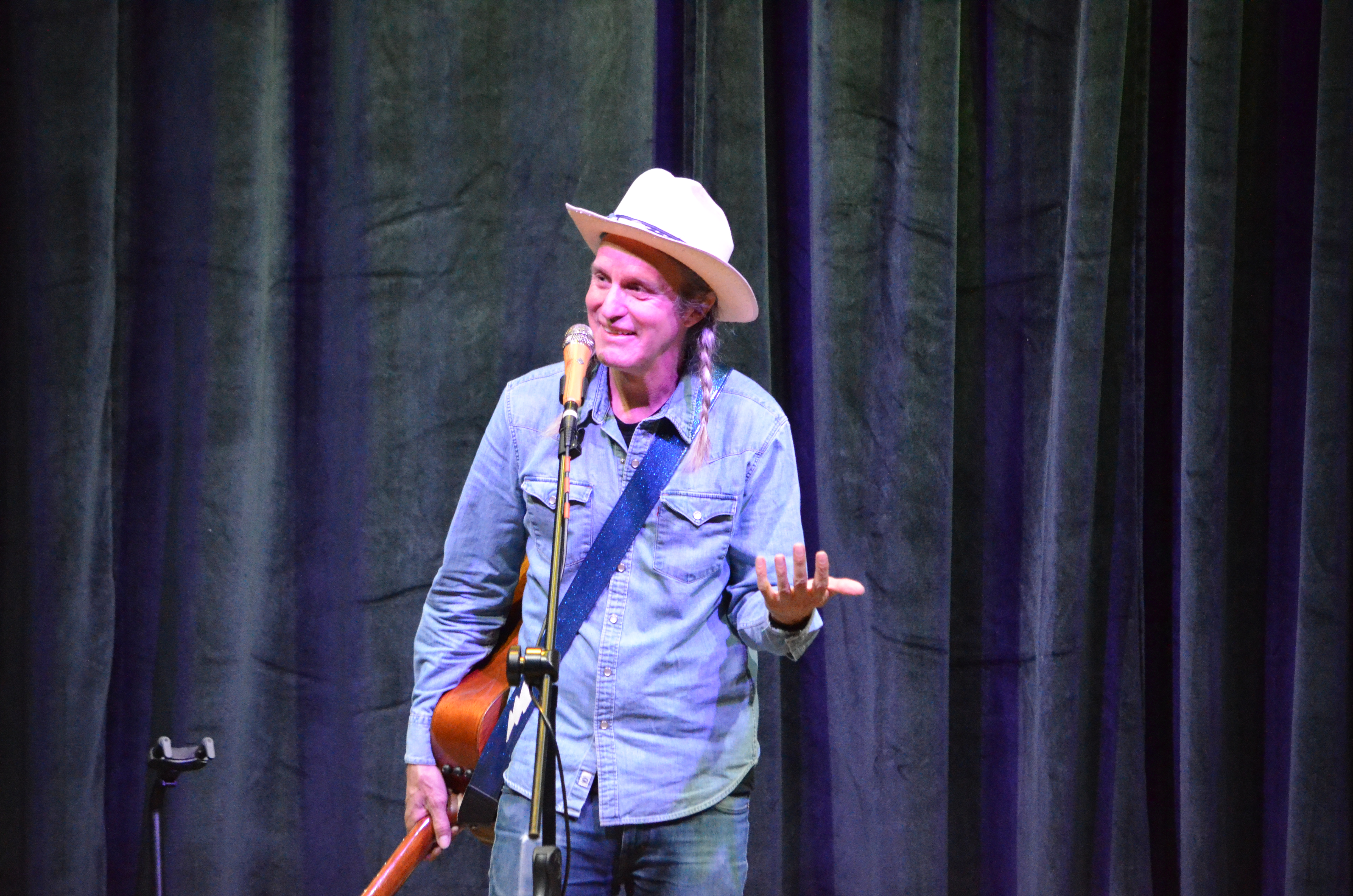