Michele and John Law performed for the 3rd time at the Mary Webb Centre in Highgate on Saturday, Nov. 12. The duo, who live in Wheatley, are the driving force behind the Kingsville Folk Festival each year. The audience was treated to a very enjoyable evening of original bluegrass, country, and folk music. It is difficult to describe the sound except to say that it was according to many “one of the best they had ever heard.”

The singer songwriter husband and wife team totally entertained the audience with original songs accompanied with tales of how they came to write the song.

It was very apparent that the two have a unique bond and the love they show toward each other is reflected in their music. The bantering between them brought laughter and at times tears as they related their history and the background associated with each piece.  John, who is unbelievably talented on guitar and mouth organ and Michele, whose fingers moved like a spider on bass guitar made for head bobbing, hand clapping and feet stomping music! John and Michele told us they do not perform at any local shows except for The Mary Webb Centre.

A big thank you to Kearney Planters and Main and Market for co-sponsoring the night. 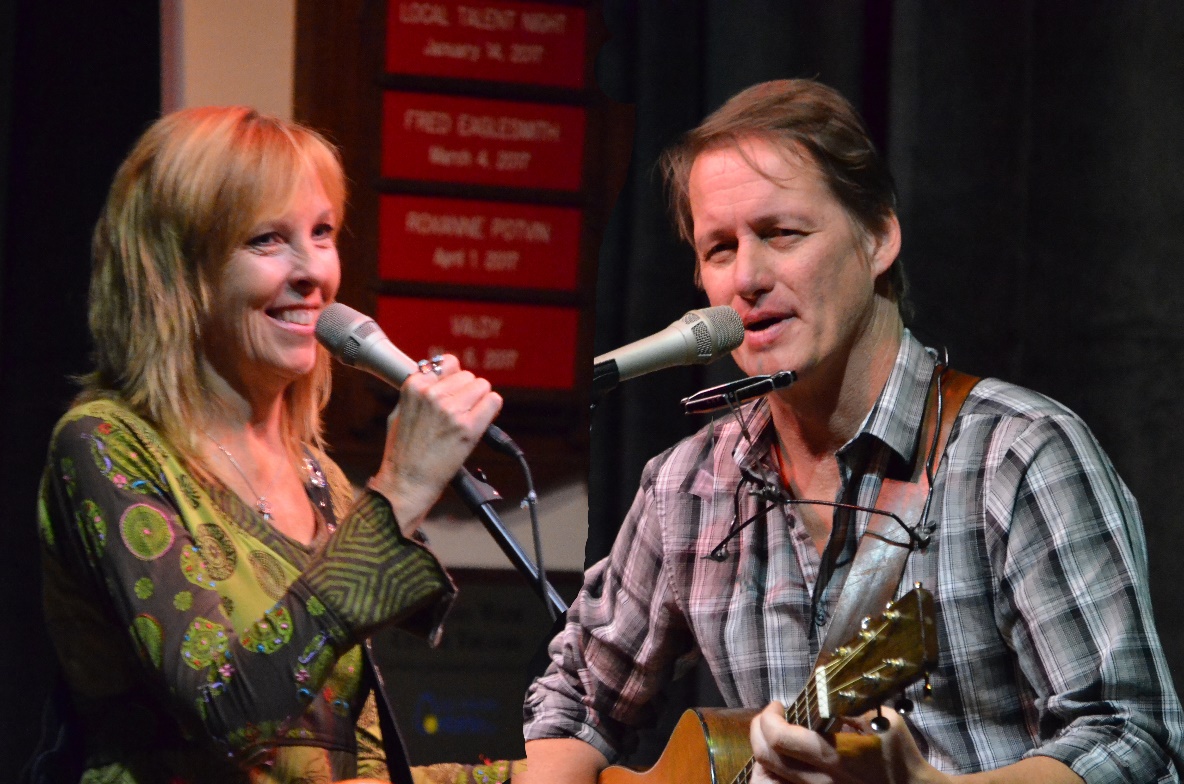