The Mary Webb Centre for the Arts had a full house on Saturday evening, Nov. 21, 2022, to hear Bywater Call, nominated for “Entertainer of the Year” for the Maple Blues Awards. The audience was into the music right from the beginning of the show. They played their versions of several classics such as “Take a Load of Fanny”, as well as many of their own songs. Lead singer Meghan Parnell showed why she was recently nominated for “Female Vocalist of the Year” in the Maples Blues Awards. She had the crowd spellbound for the entire concert. It was obvious why as the band members continued throughout the concert to dazzle with their amazing solos and play as a group. They received loud rounds of applause after each song. One song that was especially interesting was “The New Tune”, (not titled yet) which they hadn’t played in public before coming to Highgate. During intermission, the band joined patrons in the Art gallery, interacting and signing CDs and programs.

At the end of the concert, they were given a standing ovation enticing the band back out onstage. The one song they played was one of the best encores we’ve heard at the Mary Webb Centre in a long time. The band involved the audience in the chorus of the song, and each band member performed a short solo displaying their skills, starting with a 3-4 minute drum solo. The acoustics in the Mary Webb Centre certainly leant to showcasing the band’s skills.

As an aside, there was a member of the audience from Detroit, who is the great, great, great grandson of Mary Webb! He and two other relatives came to see what the Mary Webb Centre is all about. Some 50 years ago, he and his brother would accompany their father to church services in the United Church, now the Mary Webb Centre. Having seen Bywater Call, he said that he’ll be coming back!

Our thanks to Main and Market in Ridgetown and Libro from Blenheim who sponsored this concert. 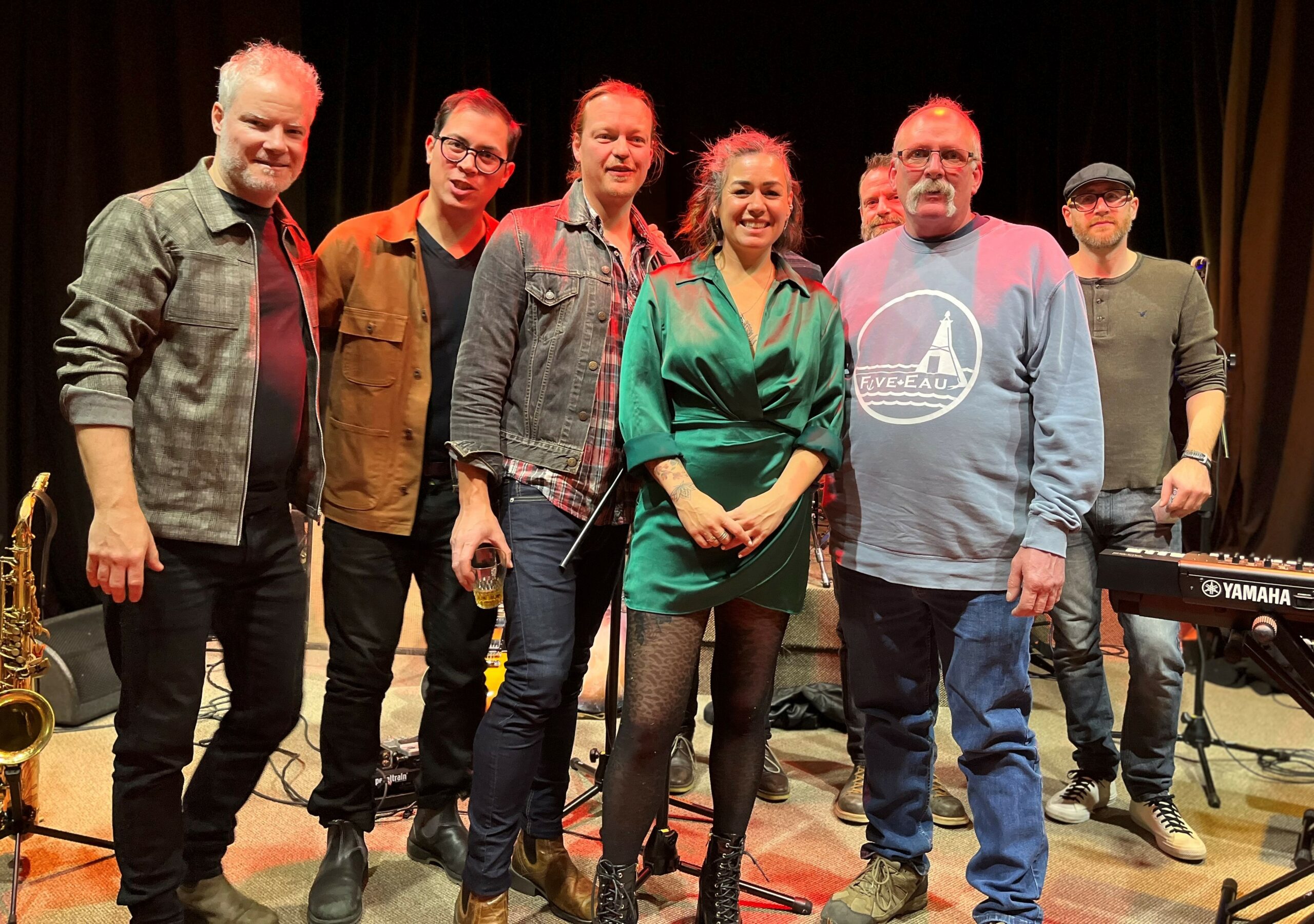 Dean Davis from Main and Market, one of our sponsors, with Bywater Call 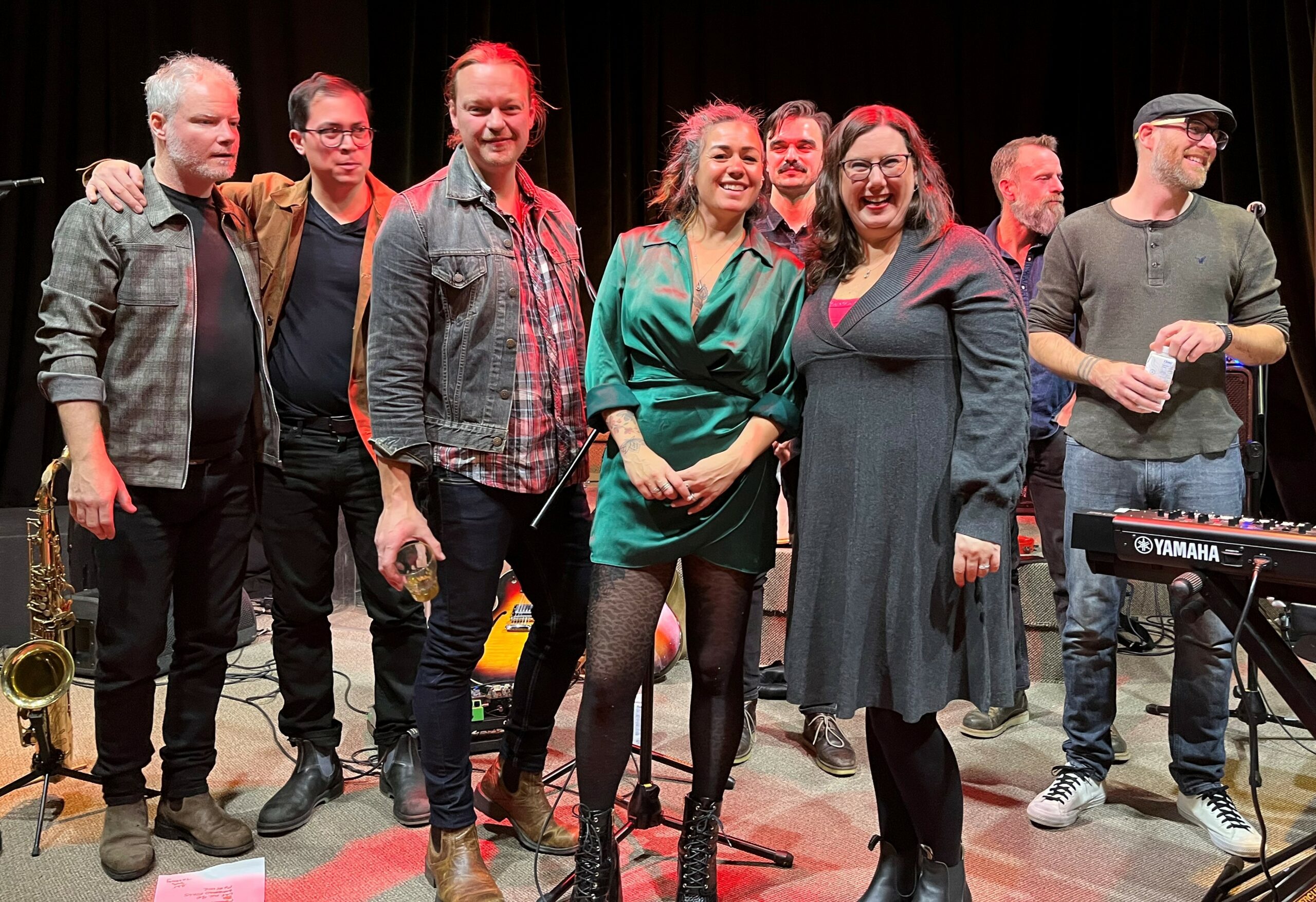 Susie French, from Libro in Blenheim, the other sponsor, with Bywater Call