The sold out crowd at the Mary Webb Centre for the Arts was treated to one of the best concerts to grace the Centre’s stage. Tickets were gone by late July and there was certainly a buzz in the concert hall up to the beginning of the concert.

Jim’s son, Sam Polley accompanied on guitar by Tzevi Sherman opened the show with 30 minutes of wonderful music, written by Sam that the audience very much appreciated. Tzevi is an amazing performer and complimented all of Sam’s great songs.

When Jim and his band came on stage, they were treated to a standing ovation before playing a note. Jim started off by telling us all that he had forgotten his shoes, and was wearing a pair that guitarist Colin had loaned him, who was wearing Jim’s son’s which were only 2 or 3 sizes too big. That meant that there wouldn’t be any dancing during the show! That humour carried on with Jim telling stories before each song and immediately having a rapport with the audience. Many of the songs told a story about his family, his wife or his life on the road in Blue Rodeo. Jim was accompanied by the truly talented fiddler Anne Lindsay and guitarist Colin Cripps, who he was quite willing to highlight on many of their songs. Jim also played the harmonica during several songs. It was certainly an engaging performance and it is no wonder that it sold out so early. Originally scheduled to come to the Mary Webb Centre in the spring of 2020, many folks had waited a long time for the concert to actually hit the stage. Of course, at the end of their performance, another standing ovation lead to several more songs.

It is doubtful that any who left the MWC were not thoroughly pleased with what they had just witnessed. Many want Jim to come back to Highgate. We all agree, as does Jim. In talking to him after the concert, he told us how much he liked performing for us in the wonderful Mary Webb Centre. He thought that the audience was a “musical” crowd, who knew their music. That was certainly nice to hear.

Thanks to concert sponsor Karen Ewald, from RBC Wealth Management and Dominion Securities. 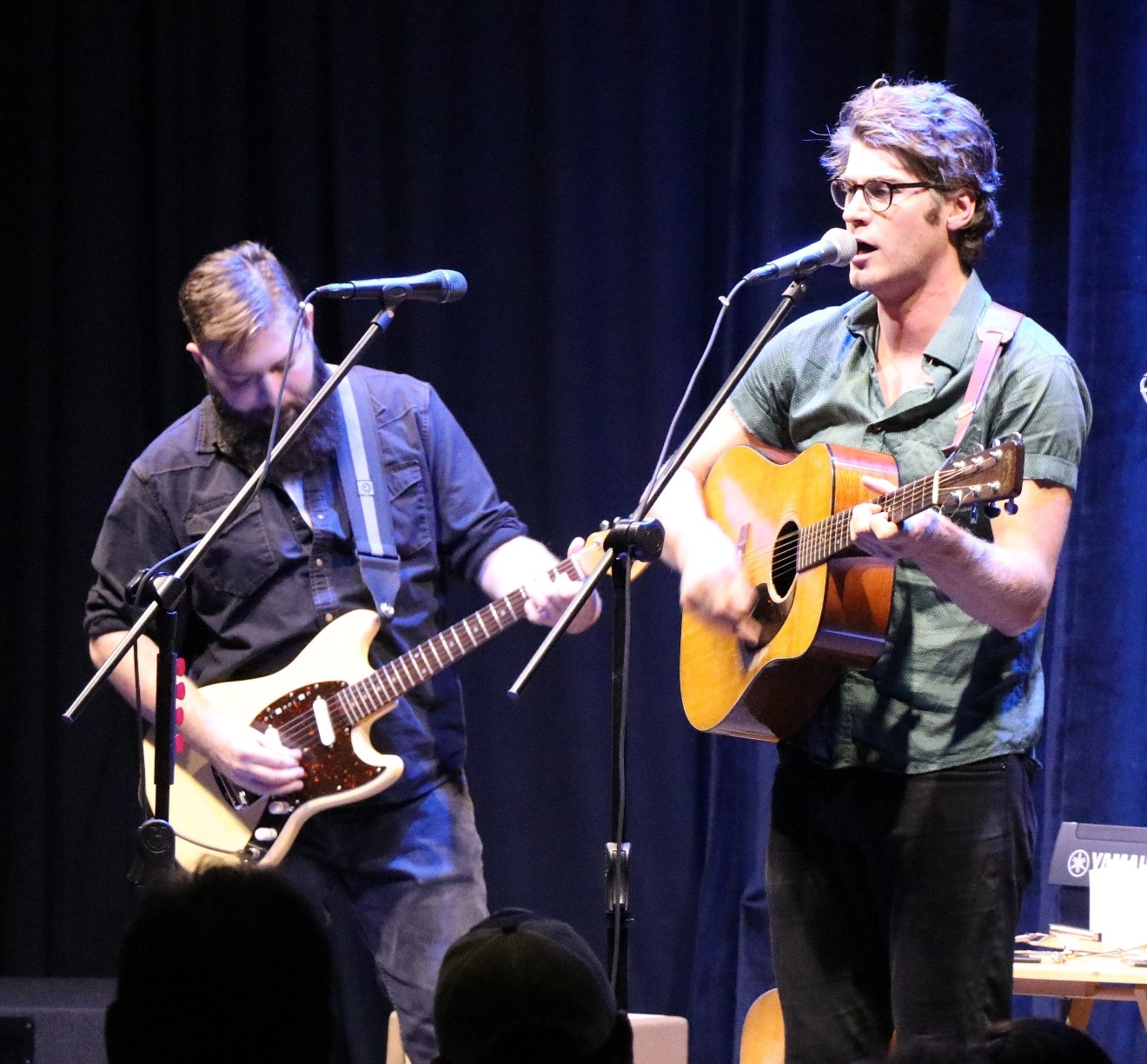 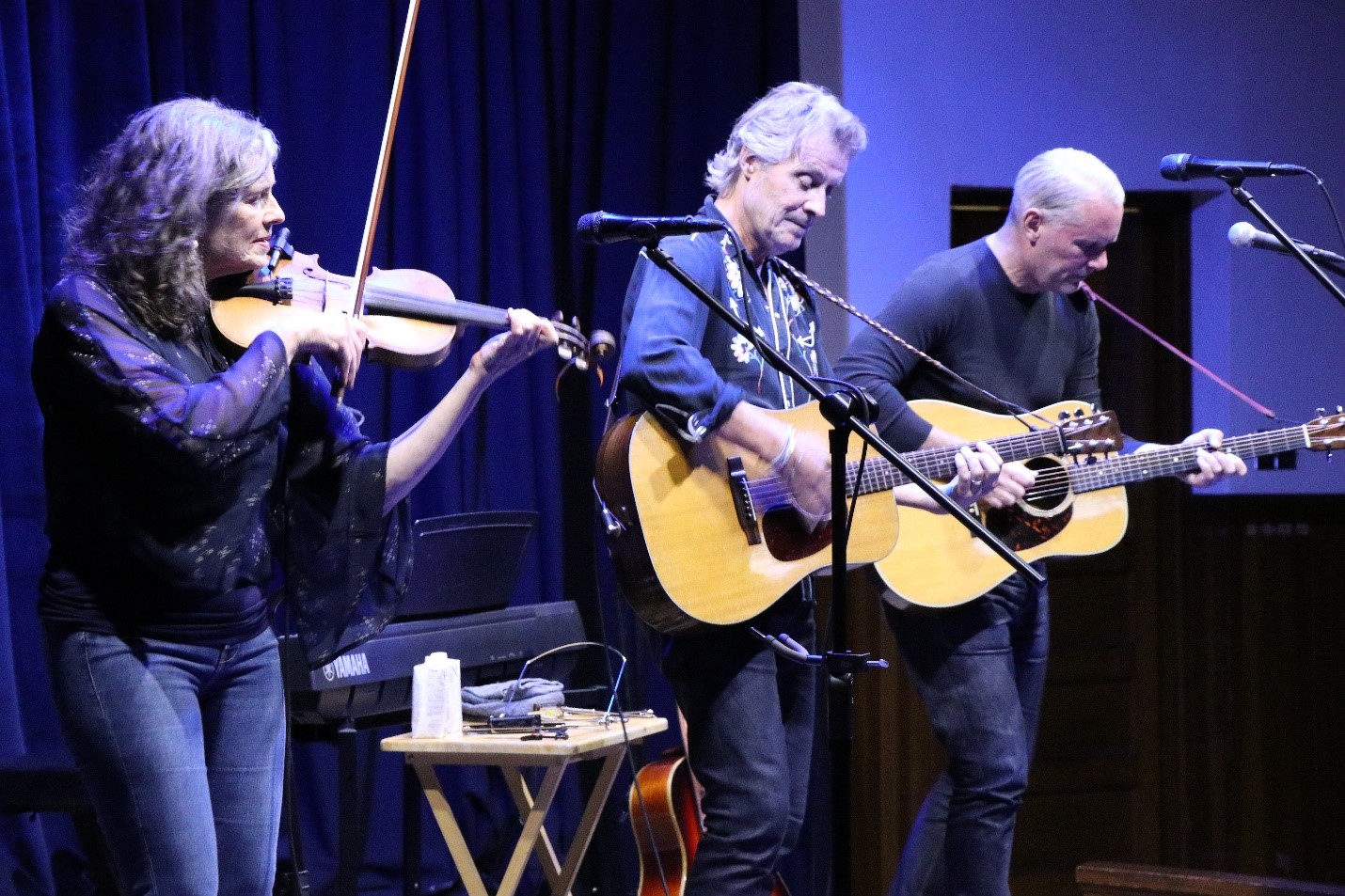